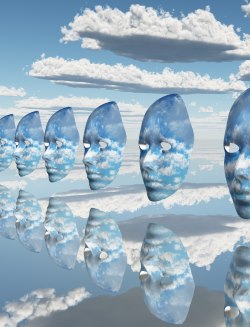 The term “archangel,” which denotes an angel of high rank who commands other angels, doesn’t actually have a Hebrew equivalent in Jewish Scriptures. The book of Daniel, however, mentions two angels by name, Gabriel and Michael, and refers to Michael as a sar, which means “prince” or “minister.”1The term “minister” seems an apt description of what differentiates angels like Michael and Gabriel from the unnamed angels we encounter throughout the Bible, starting from Genesis.

There are many different types of angels, each one tasked with a specific mission and function. Some angels are created for one specific task, and upon completion of the task they cease to exist. Other angels, after completing their task, may be given another one to do. This is the case with the angels we refer to as ministers or archangels.

Note that, unlike people, angels cannot multitask. That’s why G‑dhad to send three separate angels to visit Abraham—each one was tasked with a separate mission: one to bring Abraham the news of Isaac’s impending birth, one to overturn Sodom, and one to heal Abraham.2

And although people can have multiple modes of serving G‑d—love, awe, etc.—when it comes to angels, each one has its own specific form of Divine service that does not change.

Michael and Gabriel: Fire and Water

However, as we explained earlier, angels don’t multitask. Therefore, although Michael may be the chief angel or “prince” of chessed, he has many underlings, angels that work under him and represent a service of chessed. The same holds true for Gabriel and his Divine service through severity.

Thus, Michael and Gabriel are referred to as “archangels,” since they are at the head of these differing groups of angels, which are known as “hosts (tzvah),” “camps” (machaneh) or “banner” (degel) of angels.

Peace in Heaven and Earth

Since angels are by definition absolutists, it is natural that their differing modes of service would clash. The sages explain that we allude to this every day when we say, at the conclusion of the Amidah and Kaddish Prayers, “He who makes peace in His heavens, may He make peace for us and for all Israel; and say,Amen.”4

We are saying that just as G‑d keeps the peace between the angels Michael and Gabriel, even though they represent opposing modes of Divine service (fire vs. water), so too, may He “make peace for us and for all Israel.”

Posted by yishmaelgunzhard on October 31, 2017 in Uncategorized