What Is the Meaning of the ‘Evil Eye’? 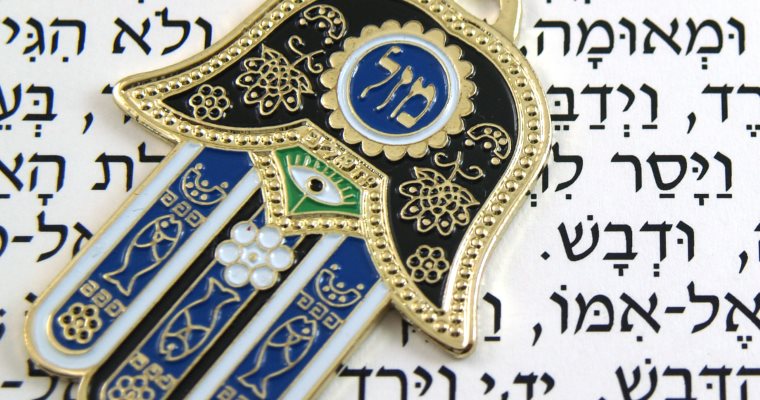 In Judaism, the “evil eye,” ayin hara in Hebrew, is the harmful negative energy that is created when one looks at something with envy or ill feeling.

The idea of an ayin hara is found in many places in the Talmud and Jewish law. For example, we are told not to gaze at a fellow’s field of standing grain, lest we damage it with an evil eye,1 and the custom is not to call two brothers (or father and son) up to the Torah consecutively because of the ayin hara that may come from drawing too much attention to a single family.2 The evil eye is also the reason why we don’t “count” people.3

However, before we start fearing every possible ayin hara, it’s important to know how, why and when the evil eye works.

Which Eye Is the Evil Eye?

The concept of an ayin hara is related to the prohibition “Do not covet” in the 10 Commandments.4

Some medieval sages explain that an ayin hara is a sort of physical phenomenon in which negative energy emanates from the person’s eyes when he gazes upon something or someone with ill feeling or envy.5

However, the second Chabad Rebbe, Rabbi Dover Schneuri, explains that you cannot say that the “eye” referenced here is the physical eye, for what power does such an organ—which has no intelligence—have to cause good or evil? Rather, the “evil eye” refers to a spiritual vision of the intellect, “the eye of the mind.”6

Why the Evil Eye Works

Many have questioned how it is possible that one person’s negative gaze (and thoughts) can cause harm to another. The key is that it is not the evil eye on its own that causes the negative effects.

Here’s how it works:

G‑d is the epitome of kindness. As such, Heaven does not generally judge a person in the strictest possible manner. But when one negatively gazes at another’s good fortune with ill feelings or envy, he is essentially asking, “How come that person has XYZ?” This arouses the latent harsh judgment Above, and the person is judged strictly according to what he deserves. So if there is already some sort of existing sin, the evil eyecan amplify it and cause the person to be judged in a strict and unfavorable fashion.7

To put it differently, when the Heavenly Court weighs the sins and merits of a person, both good and bad judgments result. When we note and speak of the good, we channel the good. And when someone views the other negatively, he channels the negative.

Based on this, we can understand why the sages tell us that an ayin harah also negatively affects the person who gazes with an evil eye, since the harsh judgment and scrutiny is visited upon both of them.8

Warding Off the Evil Eye

When you praise a person, his family or belongings, you can avoid giving the evil eye by indicating that you bear no jealousy toward them, and even bless them that an evil eye should have no power over them.9

In Hebrew, this is commonly done by inserting the phrase bli ayin hara, which means “without evil eye.” In Yiddish, this is said as kein ayin hara, which is often contracted to sound like kenainahora or kinnahora.

Additionally, some use various amulets and remedies as a way to ward off the evil eye (but that deserves an article of its own).

However, since the evil eye is generated by people gazing enviously and with ill feeling, it is best avoided by acting in a modest manner, not flaunting wealth or other gifts. As the sages tell us, “Blessing only rests on that which is hidden from the eye.”10

Why You Need Not Worry About the Evil Eye

Although the Talmud does lend a measure of credence to the evil eye, it also tells us that “one who is not troubled by it, will not be troubled by it.”11 Don’t be bothered by it, and it will not bother you.

As Rabbi Dovber, the Maggid of Mezritch, taught: In truth, everything is considered as naught before G‑d, and there is no true independent existence outside of G‑d. Thus, when you look at something in a positive way, you are also seeing and recognizing how it comes from G‑d, and since G‑d is the source of all blessing, by doing so, you bring forth even more blessing. . However, when you gaze upon something with an evil eye—even when you praise it but don’t truly recognize that all is from G‑d—you are essentially presenting it as if it is an entity of its own, separating it from its Divine source and the spiritual vitality within it and therefore causing a loss of blessing.12

Of course, the reverse is also true. If one can have a negative impact just by gazing at something with ill feelings, imagine what one can accomplish by making an effort to always regard things with positivity. Let’s make sure to view our blessings and the blessings of others with a kind and grateful eye.

Posted by yishmaelgunzhard on February 7, 2018 in Uncategorized