What Does “Yahrzeit” Mean? 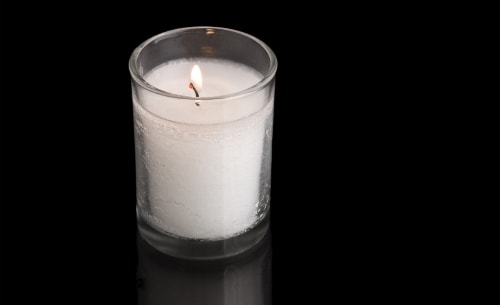 Yahrzeit (literally, “year time”) is the Yiddish word for “anniversary,” referring specifically to the anniversary (on the Hebrew calendar) of the date of a person’s passing. Observed from nightfall to nightfall (like all Jewish dates), the yahrtzeit is a special time to remember the departed and do good deeds for the merit of the soul, which ascends higher in heaven on this date.

How Is a Yahrzeit Observed?

How to Pronounce Yahrzeit

There are many ways of spelling yahrzeit in English. The most common one, yahrzeit, really does not tell an English reader that the word should be pronounced “YOUR-t-sight,” a cross between “you’re tight” and “your sight.” When someone wants to say that today is the anniversary of the passing of his grandmother, he might say, “I have yahrzeit for my bubby today.”

How Do You Know When a Yahrzeit Is Coming Up?

A yahrzeit follows the Hebrew calendar, so if you are in tune with the cycle of the Jewish holidays it is simple enough. However, since the Jewish dates can drift away from their Gregorian counterparts by as much as a month before bouncing back, this can be challenging for some. The good news is that Chabad.org’s powerful yahrzeit calculator can figure out when you have yahrzeit, and even send you reminders every year.

Posted by yishmaelgunzhard on March 11, 2018 in Uncategorized