RSS
← Reticencia versus impetuosidad
Sin Is Not What It Seems →

The Mysterious Death of Nadab and Abihu 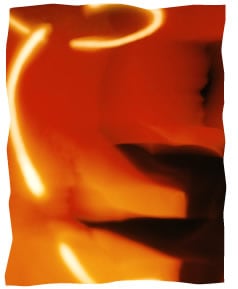 A central event in the Parshah of Shemini is the death of Aaron’s two elder sons, Nadav (Nadab)and Avihu (Abihu), who “offered a strange fire before G‑d, which He had not commanded”—the result being that “a fire went out from G‑d and consumed them, and they died before G‑d.”1

There is much in the Torah’s account, and in the words of our sages, that implies that Nadav and Avihu’s act of was not a “sin” per se. The Torah records Moses’ words to Aaron immediately following the tragedy: “This is what G‑d spoke, saying: ‘I shall be sanctified by those who are close to Me.’”2 Rashi, citing the Talmud and Midrash, explains his meaning:

Moses said to Aaron, “When G‑d said, ‘I shall be sanctified by those close to Me,’ I thought it referred to me or you; now I see that they are greater then both of us.”

Rabbi Chaim ibn Attar writes in his commentary, Ohr Hachaim, on this verse:

[Theirs was] a death by Divine “kiss” like that experienced by the perfectly righteous—it is only that the righteous die when the Divine “kiss” approaches them, while they died by their approaching it . . . Although they sensed their own demise, this did not prevent them from drawing near [to G‑d] in attachment, delight, delectability, fellowship, love, kissing and sweetness, to the point that their souls ceased from them.

The chassidic masters explain that life—the retention of a spiritual soul within a physical body—entails a tenuous balance between two powerful forces in the soul: ratzo (striving, running away) and shov (return, settling). Ratzo is the soul’s striving for transcendence, its yearning to tear free of the entanglements of material life and achieve a self-nullifying reunion with its Creator and Source. At the same time, however, every human soul is also possesses shov—a will for actualization, a commitment to live a physical life and make an imprint upon a physical world.

Thus the verse calls the soul of man “a lamp of G‑d.”3 The lamp’s flame surges upwards, as if to tear free from the wick and lose itself in the great expanses of energy that gird the heavens. But even as it strains heavenward, the flame is also pulling back, tightening its grip on the wick and drinking thirstily of the oil in the lamp that sustains its continued existence as an individual flame. And it is this tension of conflicting energies, this vacillation from being to dissolution and back again, that produces light.

So, too, with the soul of man. The striving to escape physical life is checked by the will to be and to achieve, which is in turn checked by the striving for spirituality and transcendence. When a person’s involvements with the world threaten to overwhelm him and make him their prisoner, the soul’s ratzo resists this by awakening his inherent desire to connect with his source in G‑d; and when a person’s spirituality threatens to carry him off to the sublime yonder, the soul’s shov kicks in, arousing a desire for physical life and worldly achievement. Together, the conflict and collision of these two drives produce a flame that illuminates its surroundings with a G‑dly light: a life that escapes the pull of earth even as it interacts with it and develops it in harmony with the soul’s spiritual vision.

So the “Divine fire” that consumed the souls of Nadav and Avihu is the very fire that is intrinsic to every soul: the soul’s burning desire to tear free of the physical trappings that distance it from its Source. Nadav and Avihu “came close to G‑d” by indulging and fueling their soul’s ratzo the point that it overpowered its shov, and they broke free of the “cycle” of life. Thus their souls literally severed their connection with their bodies and were utterly consumed in ecstatic reunion with G‑d.

This, however, was a “strange fire,” a fire that “G‑d had not commanded.” Man was not created to consume his material being in a fire of spiritual ecstasy. Although He imbued our souls with the drive for self-transcendence, G‑d wants us to anchor our fervor to reality. He wants us to “settle” this yearning within our physical self, to absorb it and make it part of our everyday life and experience.

Following the deaths of Nadav and Avihu, G‑d specifically commanded that their example should not be repeated:

The Lubavitcher Rebbe adds: The purpose of this Divine command was not to limit the degree of self-transcendence and closeness to G‑d attainable by man. On the contrary, this commandment empowered us to accommodate, as a physically alive human beings, the very fire that consumed the souls of Nadav and Avihu. Hence the “strange fire” of Aaron’s two sons was also “strange” in a positive sense: an unprecedented act that introduced opened a new vista in man’s service of G‑d.

This, says the Rebbe, is the meaning of a remark attributed to the founder of the Chassidic movement, Rabbi Israel Baal Shem Tov: “It is only out of a great kindness on the part of the Almighty that one remains alive after prayer.”5

Prayer is the endeavor to transcend the enmeshments of material life and come close to one’s essence and source in G‑d. When a person truly achieves this closeness—when he truly prays—he can experience an attachment to G‑d of the magnitude that “released” the souls of Nadav and Avihu. But G‑d has enabled us (in the very act of commanding us to do so) to incorporate such sublime experiences into our daily, humanly defined lives.

So life’s constant to-and-fro movement is more than a cycle that runs from existence to oblivion and back. It is, rather, an upward spiral: man escapes his finite self, but is driven back to make his transcendent achievements an integral part of his individual being; brought back to earth, his “escapist” nature now reasserts itself, compelling him to reach beyond the horizon of his new, expanded self as well; transcending his new self, his shov once again draws him back to reality.

Back and forth, upward and on, the flame of man dances, his two most basic drives conspiring to propel him to bridge ever wider gulfs between transcendence and immanence, between the ideal and the real.

Posted by yishmaelgunzhard on April 10, 2018 in Uncategorized