Does Judaism Believe in the Apocalypse? 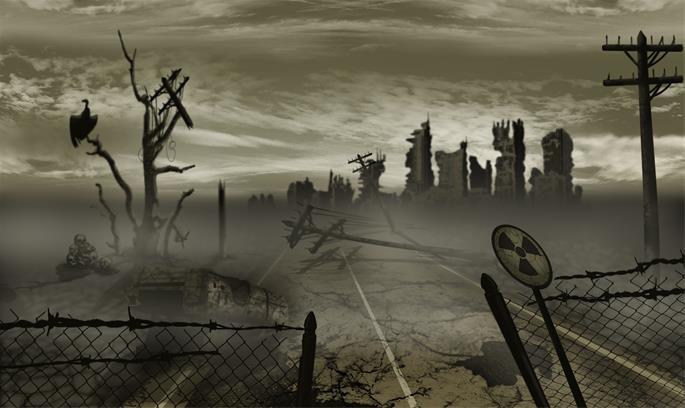 The word “apocalypse” (literally translated as “an uncovering”) historically referred to revelations and prophecies related to the ultimate destiny of humanity, what some would call “the end of days” (eschatology).

However, the term is commonly used in reference to large-scale catastrophic events leading up to the doom of humanity and the end of the world as we know it.

So in answer to your question, if you’re referring to the original meaning, then yes, Judaism definitely believes in the apocalypse—as in the coming of Moshiach and the resurrection of the dead. (The details of what will happen vary significantly from the prophecies and traditions familiar to other religions. Learn more about it here.)

If, however, your question is about the apocalypse in the colloquial sense, then it is a bit more complicated.

Perhaps the best place to start is with the following statement in the Talmud:

. . . It has been taught in accordance with the opinion of Rav Ketina: Just as the Sabbatical year abrogates debts once in seven years, so too the world abrogates its typical existence for one thousand years in every seven thousand years, as it is stated: “The L‑rd alone shall be exalted on that day,” and it states: “A psalm, a song for the Shabbat day,” meaning a day—i.e., one thousand years—that is entirely Shabbat. And it says, “For a thousand years in Your eyes are but like yesterday when it is past . . .”3

What Does It Mean?

There is much discussion regarding the exact meaning of Rav Ketina’s statement.

Some commentators, like Rabbi Shlomo ben Aderet (the Rashba)4 and Rabbi (Don) Isaac Abarbanel5 explain it in the literal sense, that the world will ultimately return to the state of nothingness from which it came. Others, like Rabbeinu Bechayei, while also interpreting it in the literal sense, explain that it refers to only part of the world.6 Maimonides, on the other hand, is of the opinion that the Talmudic statement is figurative.7

In this vein, Rabbi Menachem Meiri offers a number of possible explanations. One approach is that the millenium of destruction refers to a period of great persecution of the Jewish people. According to this explanation, the “year of destruction” is actually the sixth millennium, and Rav Ketina’s statement should be read as saying, “Six thousand years is the world, and it is in ruins one thousand—of those six. Afterwards, there will be the messianic era.”8

Alternatively, he explains that the “destruction” may actually refer to the destruction of the coarseness of the mundane world.9

He explains that when the Talmud compares those thousand years to Shabbat, it is explaining the nature of the “desolation.” The word “Shabbat” itself can mean either “rest” or “annulment”—and in this case it means both.

When the Talmud says the seventh millennium will be “desolate,” it means that there will be such a great spiritual revelation during that period that we will have no physical needs, like eating and drinking. Thus, all physical work that comes along with our physical needs, like plowing and planting, will be “annulled.” Instead, the souls will delight in the Divine glory.11

Nevertheless, the ultimate goal is the eighth millennium, when the physical itself will be refined to the point where the physical world and the great spiritual revelation will be integrated.12

May we merit the coming of Moshiach speedily in our days!

Posted by yishmaelgunzhard on April 30, 2018 in Uncategorized

← In the diary
Judaism’s Golden Rule →