Why not to fast on Tisha B’Av 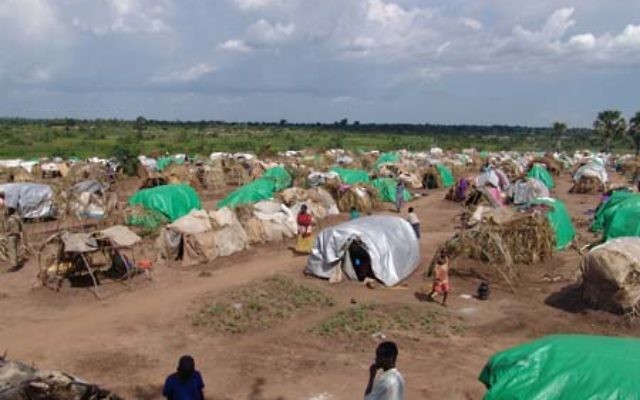 One and a half million people in South Sudan have fled their homes because of violence and starvation.

You can set your calendar by it. You know the Ninth of Av is around the corner when essays start surfacing questioning the relevance of mourning for the Temple’s destruction in our time. How can we fast and weep now that we have merited seeing the Jewish people’s return to a sovereign, successful, thriving state of Israel?

But there is a more fundamental and more difficult question the Religious Zionist community doesn’t ask itself. Do we (because I consider myself a part of this community) still believe in the theological premise upon which the fast rests? Or have we abandoned it precisely at that moment in history when it is most critical?

This premise is crystal clear, and remarkably consistent throughout our religious texts, from the Torah, through the rest of the Bible, and continuing in rabbinic literature, until modern times. It is this: the destruction of the Jewish polity is always caused by religious failures, not political ones. Israel falls not when it has failed to foster the right pacts with other nations, nor as a result of tactical errors on the part of its army, or the greater might of the enemy. These political reasons for defeat only and always implement Divine punishment for spiritual and moral failings.  This is the message repeated in the rebukes of the books of Vayikra and Devarim, it is the major theme of the books of Yehoshua and Shoftim, and the message that the prophets constantly, ceaselessly bring to the kings of Yehuda and Yisrael, who ignore them at their peril.

Anyone raised with a religious sensibility of history is familiar with this idea, and can apply it easily…to the past. The First Temple was destroyed because of three capital sins, the second for senseless hatred. The latter idea is constantly used to advocate for greater unity and civility, as it should be. But the true political implications of this principle are far more challenging, because it suggests that the real existential threat to Israel will never be Iran, Hezbollah, Hamas, or any other external threat. All these will succeed in defeating us only once we have first defeated ourselves, only once we have failed in some significant way at God’s mission for us in this land.

Perhaps the rejection of this theology of politics comes as a result of the simplistic ways it has been expressed in modern times. The point is not to suggest that we can do away with our army, study Torah all day, and that God will provide. That was never the model of Jewish sovereignty. Nor is the point to declare after every calamity with the greatest certainty  what God was thinking. To believe that there is a spiritual cause for every occurrence does not necessitate knowing or understanding that cause, any more than believing in God necessitates knowing or understanding all of God’s ways. When there were prophets, they were able to convey God’s explanations. But, in truth, prophecy did not guarantee clarity, because there were always false prophets delivering contradictory explanations. Then, as now, people tended to hear what they wanted to hear.

More than furnishing explanations after the fact, religious thinking offers this belief as the a priori guide to policy and decision making. The problem is, we didn’t have the opportunity to apply it in this way for 2000 years, and we’re out of practice. The true test of this belief is simple. Do you make decisions based on realpolitik, or based on religious value commitments? When kings are warned not to amass wealth, wives (political treaties) and weapons, the Torah is trying to keep them from falling into the trap of thinking that they are truly in control, rather than God. Of course, this is exactly the trap which worries Shmuel when the people ask for a king and the one that Shlomo ultimately falls into, as do most kings after him, in one way or another.

One can understand why kings, the caretakers of secular political power, fail at this test. That is why they always had prophets, the carriers of the religious vision, to remind them of it. But in our day, even the movement which purports to carry a religious vision of statecraft has abandoned this belief.

How do I know?

The perfect test case for this belief would be an issue in which there is a clear clash between religious values and political calculations. The most powerful example I am aware of is the issue of Israel’s sale of arms to immoral states. No one can make a serious moral, religious case for the legitimacy of selling weapons and providing training to the Argentinian military junta in the 1980s, to Rwanda and Bosnia in the 1990s, or to South Sudan or Myanmar in recent years. There doesn’t need to be a specific halachic prohibition against selling weapons (and there is) to understand that this violates the most fundamental principles of Jewish ethics. The only way this policy is defended is by appealing to considerations of realpolitik. Israel is an isolated country, and needs all the friends it can get. Israel is surrounded by enemies and has security needs, and these exports provide for them in various ways. Israel’s weapons industry is an important part of the economy, so we need these clients. And anyways, this is what all countries do. And if we didn’t sell it to them, someone else would.

True, all of the political calculations mentioned above can be argued with. But the more fundamental question is: even if they were all true, what ultimately determines Israel’s fate? Politics or values? If one truly believes that “it is not through armies or might, but through my spirit” (Zecharia 4:6), could it be that Israel’s well-being depends on its support of genocidal states? Could it be that the undoing of Israel will come for the “sin” of not selling weapons to human rights violators? Were the Religious Zionist movement to hold this conviction as firmly as it believes in the holiness of the land, it could demand immediate legislation to impose moral red lines on weapons exports, and the issue would be, if not completely resolved, at least significantly improved. Sadly, we do not yet hear any such demands, not from the politicians, nor from rabbinic leaders, nor from the community.

So our question, come Tisha B’av season, should not be whether it is relevant or not to mourn. It should be: do we really ascribe to the foundational beliefs of this period? If we don’t, the fast is devoid of meaning. This is precisely God’s answer to the identical question, asked at the dawn of the second commonwealth (see Zecharia chapter 7-8).

If we do, we would be happy to spend a day of introspection to ask ourselves whether we are learning the lessons to ensure that we won’t lose the gift of sovereignty once again. And we’d be probably be worried enough to lose our appetite.

About the Author
Avidan Freedman is the rabbi of the Shalom Hartman Institute’s Hevruta program, an educator Hartman Boys High School in Jerusalem, and an activist against Israeli weapons sales to human rights violators.
As taken from, https://blogs.timesofisrael.com/why-not-to-fast-on-tisha-bav/
Advertisement

Posted by yishmaelgunzhard on July 19, 2018 in Uncategorized

← Albert Einstein’s Judaism
Where is G-d? →