23 Aug
Remember that king with 6 wives? The Jews helped unravel his levirite obligation to his first marriage 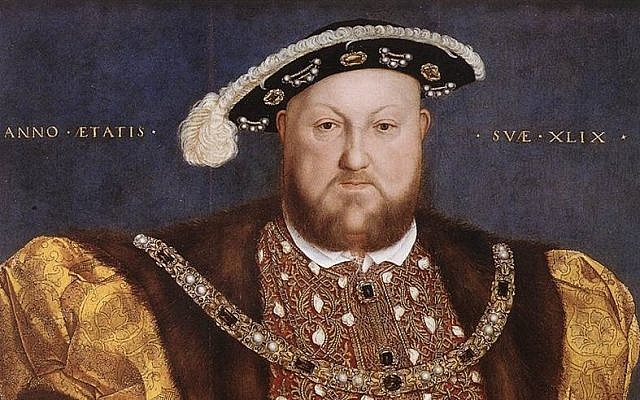 Did you know that King Henry VIII purchased a copy of the newly printed Talmud when he wanted to escape his marriage to his first wife Catherine of Aragon? What makes this even more remarkable is that there were no Jews living in England at that time. But let’s not get ahead of ourselves.

Let’s begin at the Battle of Bosworth Field, the last time a king of England won his throne on the battlefield.

The 32-year War of the Roses, which wiped out the male heirs of the houses of York and Lancaster, ended on August 22 1485. King Richard III, the last king of the House of York, was killed and buried (his body was eventually discovered under a Leicester city council car park in 2012).

The 28-year-old Welsh-born Henry Tudor was now the king. But his claim to the throne was a tenuous one. His father, Edmond Tudor had been captured while fighting for Lancaster and died three months before Henry was born. Henry’s grandfather, Owen Tudor, had been a page boy in the court of Henry V. Later, he married the late king’s widow, though it took an act of parliament to declare that Edmond was in fact his legitimate heir.

It was his mother, Lady Margaret Beaufort, who was key in making Henry Tudor into Henry VII. Her great-grandfather was John of Gaunt, the third son of Edward III. But maternal claims to the crown of England were not really strong enough, so she improved her son’s standing by marrying him to Elizabeth of York, eldest daughter and heir to Edward IV (after the presumed death of Elizabeth’s brothers — the “princes in the tower”), thus uniting the warring houses of Lancaster and York. 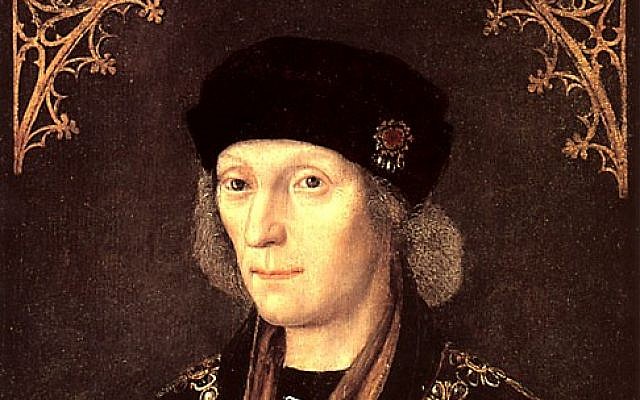 So, now that he was king, Henry had work to do to cement his claim and that of his children. Just four years after the Battle of Bosworth Field, Henry made plans to marry off his eldest son Arthur, who was only 3 at the time, to 4-year-old Catherine of Aragon, a daughter of the powerful Spanish royal family,

The couple were married in 1501, a few weeks after Arthur’s 15th birthday. But just six months later, the heir to the throne died. Catherine would later testify that the marriage was never consummated.

So now, what was Henry to do? Without the support of the Spanish, his monarchy was precarious. And to make matters worse, less than a year later, his wife, Elizabeth died too. Henry briefly entertained the idea of marrying Catherine himself, but eventually decided to marry her off to his second son, who would go on to become Henry VIII.

The problem was that marrying a brother’s widow is clearly forbidden by the Bible (Leviticus 18:16). Luckily, Henry VII was able to receive a papal dispensation from Pope Julius II to allow his son to marry and retain the alliance of Spain.

Fast forward 20 years. Henry VII is dead. Henry VIII is now king, and he is no longer interested in Catherine. For one thing, she failed to give him a male heir who survived infancy (though her daughter, Mary, did later become the first-ever female ruler of England). Also, Henry had fallen for Anne Boleyn, the sister of one of Catherine’s ladies-in-waiting. (Anne later became the mother of the future Queen Elizabeth).

But Henry had a problem. Catholic law did not allow for divorce. And even though, later on, Henry seemed quite happy to execute wives (including Anne Boleyn) when he lost interest in them, Catherine was the sister of the Spanish king, and far too important to behead. 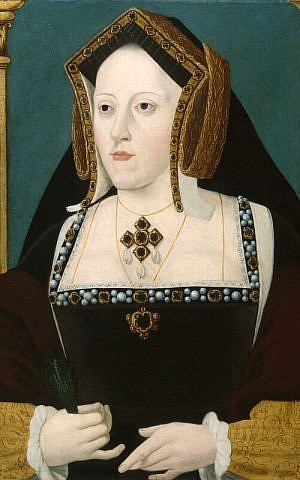 So Henry’s advisers tried to invalidate the marriage to Catherine. As Henry’s brother’s widow, she was forbidden to him, they said. She had never actually been his wife in the eyes of the church (which therefore made Mary illegitimate). Furthermore they told Henry, the fact that his son from Catherine died in infancy was a sign that the marriage was not sanctioned.

However, Pope Clement VII, who was at the time effectively being held prisoner by the Holy Roman Emperor Charles V, who also happened to be Catherine’s nephew, refused to annul the marriage. Eventually, this led Henry to split from the Catholic Church and found the Church of England. But first his advisers and scholars had to defend their view to parliament.

The problem was a verse in this week’s Torah reading — if a man dies childless, his brother must marry his widow in a process called yibum (levirate marriage), in order to keep his brother’s name alive (Deuteronomy 25:5-6). This law supersedes the prohibition of marrying a brother’s widow, and applied in Henry’s case. If the brother-in-law chooses not to perform yibum, he must instead perform the Torah mandated “divorce” procedure called halitzah (Deuteronomy 25:7-10).

So now Henry really had a problem. Several of his advisers, however, found a loophole to this too, and consulted Jews for advice. There were no Jews living in England, since they had been expelled in 1290 by Edward I, but several Jewish converts to Christianity lived in the country, were close to the king, and maintained contacts with Jews in Europe.

“The Jews tell him that the law of Deuteronomy has never been kept since the fall of Jerusalem,” Henry’s former Greek tutor Richard Croke, who was advising him on what to do with Catherine, explained in a letter to the Bishop of London John Stokesley written in March 1531. “It is not intended to be kept, except where it is allowed by the Levitical law, and they do not consider it obligatory except where causes and circumstances expressly urge it, and not even then is it absolutely obligatory.” 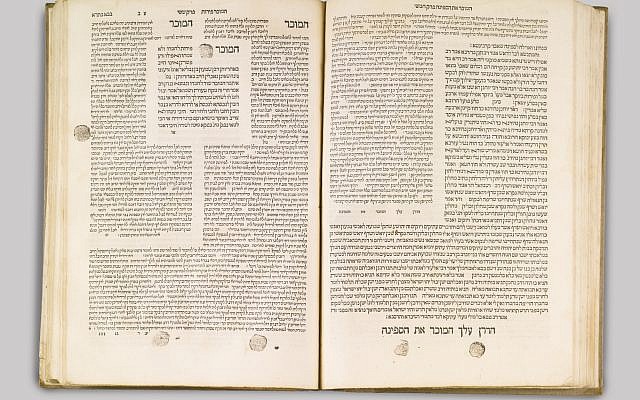 A page of the Babylonian Talmud, printed by Daniel Bomberg in 1522 in Venice. (Public domain, Wikimedia Commons)

He was basing his view on the words of the talmudic sage Abba Shaul, who banned the levirate marriage if it was done with the wrong intent.

“One who marries his sister-in-law for her beauty, or in order to gratify his sexual desires, or for any other [ulterior] motive it is as if he sinned with a forbidden relation, and it seems to me that the child would be almost illegitimate,” (Yevamot 39b).

As early as 1530, theologians tried this approach to free Henry from his marriage.

“The Levitical law remains in force, and that Deuteronomy was conditional, and is not kept either by Christians or Hebrews, as they themselves have determined in the Talmud,” wrote one of the theologians in Venice by the name of Franciscus Georgius.

In one of those historical coincidences that seems to occur nine times out of 10, a Christian scholar named Daniel Bomberg had printed the first complete set of the Talmud just a few years earlier. It was Bomburg who created the chapter and verse numbers that we all take for granted now, when he published his Mikra’ot Gedolot Bible a few years before that.

Henry ordered a copy of the nine-volume Talmud from Venice, hoping it would support his claim to have the marriage annulled. As it happened, Henry actually married Anne in 1532 before the nine volumes of Talmud arrived, so they were never used and remained in mint condition for hundreds of years.

And that is the (shortened version of the) story of Henry VIII and the Talmud.

By the way, the set of Talmud that Henry ordered was eventually discovered by Jack Lunzer in Westminster Abbey. After almost 25 years of failed attempts, Lunzer managed to purchase Henry VIII’s Talmud from the Abbey in 1980.

This same set of Talmud sold in 2015 for over $9 million. But that is another story.

Posted by yishmaelgunzhard on August 23, 2018 in Uncategorized