RSS
← Beyond Conflict Resolution: Jewish-Christian Dialogue Reconsidered
The Issues that Divide Us: Are the Jews a Chosen Nation? Part I → 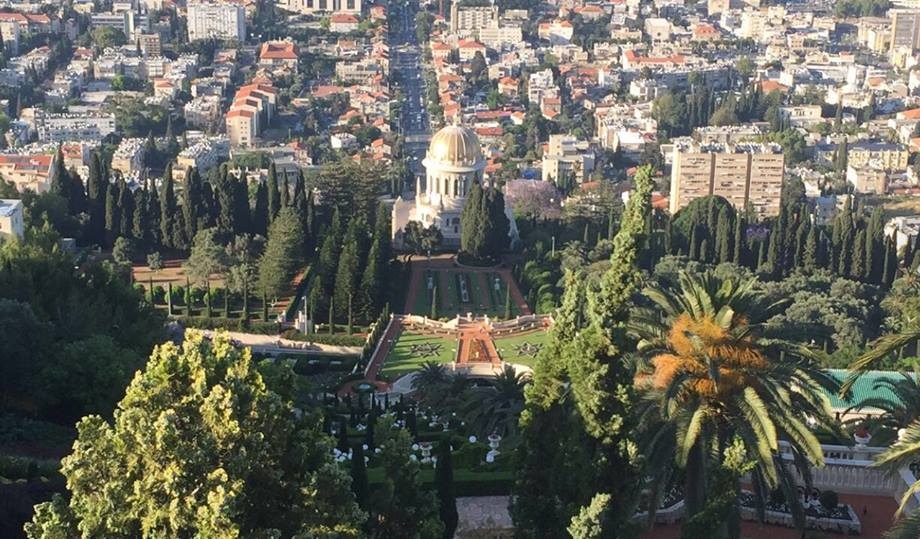 In 1947, the British–like they did in many of their colonies– lowered their flag from the British Mandate of Palestine, closed their military bases and went home. This tendency of theirs explains why today they enjoy the “privilege” of dissolving the Canadian Parliament, for example, thanks to the Commonwealth project. In November of that same year, the United Nations (UN), after having assumed control of the mandate, approved a “Partition Plan,” which impulsed the establishment of a Jewish state and an Arab state on the borders of the newly acquired territory. The Arabs rejected the plan, and the Jews accepted it. However, let’s go back to the history that the media leaves out.

Pogroms in Russia, Ukraine, and other European states (the home to 90% of world Jewry at the time) in the 1880s led Jews into what is now Israel, Gaza, and Judea and Samaria through several “migratory waves” between 1882 and 1945. After the Jewish “gold era,” Jews were  persecuted, many blood libels were attributed to them (particularly notable is the painful libel of Damascus in 1840), and they had nowhere to go.

In response, Jews began to move to what was then the Ottoman Empire and settled in what today’s Palestinians call “Palestine.” However, at the time, the settled territory  was not called “Palestine.” In fact, the term “Palestine” was given to this region by Adriano after quelling the Bar Kochba uprising. Bar Kochba is the name of the Jewish leader who led in the year 132 a rebellion against the Roman Empire, establishing an independent Jewish state that he even led for three years, until being defeated by the Romans in 135. On the other hand, it is during this period when the Jews began to be called “Palestinians”. Clearly, this was a reprisal to the Jews, and the Romans did it because it was very similar to the name of one of the most important enemies of the Jewish people: the Philistines.

In the 1930s when Palestinian nationalism emerged as a movement led by the anti-Semitic Grand Mufti of Jerusalem, Amin al-Husayni¹, he and other important politico-religious figures started calling the Arabs living in the British Mandate of Palestine as “Palestinians”. This was an effort  to legitimize and promote the idea that the Arabs were the real natives of that land (ignoring the fact they are genetically and historically rooted in southern Lebanon and Syria, and in western Jordan) and therefore were the only ones with the right to settle there. Hence: today’s definition of “Palestinians.”

Now let’s return to the 1880s during which there were 9,000 Jews, more than Arabs, in Jerusalem. In the height of the Jews’ migration to their ancestral land (from which they had been expelled by the Romans more than 2,000 years prior — a common understanding among historians, supported by archaeological remains), they began to create a Jewish communitarian model called “Yishuv.” Already paying the Ottoman Empire and the local Arabs, the Jews acquired land for their ‘utopian’ communities, deeply rooted in socialist and communist political philosophies. These ideologies  were the products of Jewish political experiences in their countries of origin. A crucial recognition here is that between this moment and 1948, 30% of all Jewish land was purchased by individuals, donors, foundations or through the Jewish Agency. So the theory that “the land was totally stolen” is a total misconception. Just take a look to the documents that serious historians like Benny Morris have found.

Between 1930s and 1948 (before and after the Holocaust), Jews struggled to escape from fascist, anti-Semitic countries, and several powerful countries, including the United States closed their doors. The only place the Jews could go was Eretz Yisrael. Actually, previous to the Second World War the only country that let Jews in was Dominican Republic. Although more than 1,500 went to the caribbean island, that country’s dictator wanted the Jews to come in so they can help to renovate the country’s economy. But that is another story.

Out of the many Jewish immigrants fleeing the Nazis, some emigration networks were attacked by the British, while others were captured and taken to concentration camps in Cyprus. Arabs leaders kept firmly rejecting the consistent arab-land selling to Jews, what allowed many Jews to permanently settled in what is now Israel (in spite of the disastrous White Papers in 1936 and 1939). That is why Arabs were concerned and continued to reject the Jewish presence in the modern territory of Israel and deny Jews of their right to Jewish self-determination in their ancestral land. This geopolitical crisis and migration coincided with the rise of Zionism and the endorsement of the Balfour Declaration² for the Jewish presence in the British Mandate of Palestine.

After the British left in 1947 and the Arabs’ refused to have a Jewish state next to an Arab state, the Arabs declared war against the Jews in November 1948 that would last until 1949. Despite the sparse support and international military aid to the Jews, they not only had the courage and persistence to declare a Jewish state on May 14, 1948, but they also proceeded to survive the invasion that several Arab States carried out. Some of these invasive forces were Syria , Jordan, Egypt, Iraq, Lebanon, (although it was only a strategic axis in the war, only sent a unit to fight and only had one soldier fallen), several Gulf states, Algeria, arab militias, etc.

There is a common rhetoric that by settling in historical Palestine/modern day Israel, the Jews “expelled the Palestinians” with the intention of “exterminating them”. It is true that David Ben-Gurion gave orders to expel Arabs from the south of what is now Israel (in the Negev area) as a measure to contain the Egyptian advance, and he did give orders that led to several massacres. But there were massacres of the Jews as well; there was even an ambush in which more than 30 Holocaust-survivors that were fighting in the Israeli side, were coldly killed by Arabs. However, the Jewish expulsion of Arabs is highlighted while the common rhetoric hides the fact that 300,000 Arabs were expelled by orders of Arab armies. Several Jordanian, Syrian and Egyptians newspapers and politicians have acknowledged this reality, and in fact, Mufti Husainy has recognized this scenario in two speeches he gave during that time. In fact, the result of this reality is the phrase that the Arab leaders commonly telling to the Palestinians during the 1948 war: “come to our lands, it will only be a short term suffer with a long-term benefit.” However, this “promise” was not true at all. On the other hand, a study conducted by the Beirut Institute for Palestinian Studies released in 1970 found out that “ 68% of the Palestinians left their homes without ever seeing a Jewish soldier or hearing a shot fired”. Nevertheless, this part of the story isn’t told in the mainstream version.

Then, why we only talk about the more than 700,000 Arabs “that were kicked out by the Jews”  referring to the Nakba; what Palestinian Arabs call “the catastrophe”) and forget the more than 850,000 Jews who were forced out of Arab countries, where they had  lived for generations, because the Arabs wanted to kill them. These exiles don’t even include the Jews that Israel later had to remove from hostile countries like Morocco, Yemen, Algeria, Ethiopia, and others.

Leaving out pieces of history in order to victimize a certain party and villainize the other is easy. We need to start addressing the missing parts of the story and asking why they have historically been left out. It is sad that to this day there are “Palestinian refugees” (including third and fourth generation people), but nonetheless, if states like Syria (where more than 3,500 Palestinians have died due to the Syrian Civil War) and Lebanon had given respective citizenships and labor rights to Palestinians like Jordan did the “refugee population” would not suffer so much from the reality of an impractical demand to return to Palestine. They keep the key to their houses generation after generation, but like the generations of Jews whose ancestors were expelled from or forced to escape from Arab states, they will never return “home.”

While it may be unacceptable that there are certain settlements in the West Bank, it is also unacceptable that the world continue to condemn Israel for its history, in which two peoples (although the Palestinians have a very recent identity and collective history) confronted each other. Israeli settlements outside of Area C (the zone-controlled by Israel), should not be supported, but  at the same time, the West Bank is not occupied but rather under dispute after Jordan relinquished control of that land in 1988.

Another problem is that since the Oslo Accords, the Palestinians (although they have only been given the promise to have “something”), have declared that the is theirs and has never been rightfully Jewish. However, places like Hebron, Ariel and Gush Etzion, which have always been Jewish (and where Jews lived before  the Jordanians drove them out during the 1948 war) and strategic settlements like those in the Jordan Valley, must remain in Israeli hands. Along these lines we must not forget that 80% of Israeli settlements are located just four kilometers inside the “green line.”

History is a matter of discovering and earning alternative stories and perspectives understanding and considering them, and resisting the urge to polarize and radicalize in either direction. We must let the lessons of history navigate us to the truth, even if we may not like what we find.

²The Balfour Declaration was a formal public manifestation of the British government during the First World War, to announce its support for the establishment of a “national home” for the Jewish people in the area of what is now Israel, Gaza, and Judea and Samaria. At that time this territorial extension was part of the Ottoman Empire. The Declaration was included in a letter signed by British Foreign Minister Arthur James Balfour and addressed to Baron Lionel Walter Rothschild, a leader of the Jewish community in Britain.

About the Author
José Eriel Muniz Gomez is a student in Neuroscience and Israel Studies at the American University in Washington, DC. Among his achievements, he has performed internships at the House of Representatives of Puerto Rico, and the National Committee of the College Republicans and The David Project in Washington, DC. In addition to his interest in Spanish politics, Middle Eastern affairs and diplomacy, Jose currently work as a coordinator of Israel related events for American University Hillel and as an event assistant for the Center of Israel Studies at the American University. In addition, Jose collaborates as a columnist with Diario Judío in Mexico and has written for several newspapers such as El Nuevo Día (Puerto Rico), El Vocero de Puerto Rico (Puerto Rico), Latino Rebels (United States) and Red Alert Politics (United States). José is the author of two books: “Panorama Internacional: Una mirada a la geopolítica e historia mundial (2016-2017)” and “Puerto Rico: El nocivismo del insularismo y el colonialismo”. During his junior year at AU, José did an independent research project were he focused on the relations of Israel with Basque and Catalan Nationalism.
Advertisement

Posted by yishmaelgunzhard on September 12, 2018 in Uncategorized

← Beyond Conflict Resolution: Jewish-Christian Dialogue Reconsidered
The Issues that Divide Us: Are the Jews a Chosen Nation? Part I →