The Three Stages of Creation 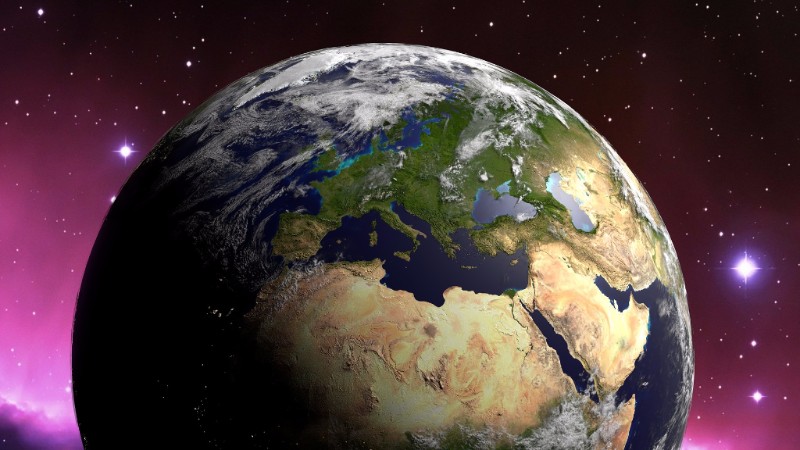 “And God said, let there be… And there was… and God saw that it was good.”

Thus unfolds the most revolutionary as well as the most influential account of creation in the history of the human spirit.

In Rashi’s commentary, he quotes Rabbi Isaac who questioned why the Torah should start with the story of creation at all.[1] Given that it is a book of law – the commandments that bind the children of Israel as a nation – it should have started with the first law given to the Israelites, which does not appear until the twelfth chapter of Exodus.

Rabbi Isaac’s own answer was that the Torah opens with the birth of the universe to justify the gift of the Land of Israel to the People of Israel. The Creator of the world is ipso facto owner and ruler of the world. His gift confers title. The claim of the Jewish people to the land is unlike that of any other nation. It does not flow from arbitrary facts of settlement, historical association, conquest or international agreement (though in the case of the present state of Israel, all four apply). It follows from something more profound: the word of God Himself – the God acknowledged, as it happens, by all three monotheisms: Judaism, Christianity and Islam. This is a political reading of the chapter. Let me suggest another (not incompatible, but additional) interpretation.

One of the most striking propositions of the Torah is that we are called on, as God’s image, to imitate God. “Be holy, for I, the Lord your God, am holy” (Leviticus 19:2):

The sages taught: “Just as God is called gracious, so you be gracious. Just as He is called merciful, so you be merciful. Just as He is called holy, so you be holy.” So too the prophets described the Almighty by all the various a tributes: long-suffering, abounding in kindness, righteous, upright, perfect, mighty and powerful and so on – to teach us that these qualities are good and right and that a human being should cultivate them, and thus imitate God as far as we can.[2]

Implicit in the first chapter of Genesis is thus a momentous challenge: Just as God is creative, so you be creative. In making man, God endowed one creature – the only one thus far known to science – with the capacity not merely to adapt to his environment, but to adapt his environment to him; to shape the world; to be active, not merely passive, in relation to the influences and circumstances that surround him:

The brute’s existence is an undignified one because it is a helpless existence. Human existence is a dignified one because it is a glorious, majestic, powerful existence…Man of old who could not fight disease and succumbed in multitudes to yellow fever or any other plague with degrading helplessness could not lay claim to dignity. Only the man who builds hospitals, discovers therapeutic techniques, and saves lives is blessed with dignity…Civilised man has gained limited control of nature and has become, in certain respects, her master, and with his mastery he has attained dignity as well. His mastery has made it possible for him to act in accordance with his responsibility.[3]

Even a cursory look at this model of creativity teaches us something profound and counter-intuitive: What is truly creative is not science or technology per se, but the word. That is what forms all being.

Indeed, what singles out Homo sapiens among other animals is the ability to speak. Targum Onkelos translates the last phrase of Genesis 2:7, “God formed man out of dust of the ground, and breathed into his nostrils the breath of life, and man became a living creature,” as “and man became ruaĥ memallelah, a speaking spirit.” Because we can speak, we can think, and therefore imagine a world different from the one that currently exists.

Creation begins with the creative word, the idea, the vision, the dream. Language – and with it the ability to remember a distant past and conceptualise a distant future – lies at the heart of our uniqueness as the image of God. Just as God makes the natural world by words (“And God said…and there was”) so we make the human world by words, which is why Judaism takes words so seriously: “Life and death are in the power of the tongue,” says the book of Proverbs (18:21). Already at the opening of the Torah, at the very beginning of creation, is foreshadowed the Jewish doctrine of revelation: that God reveals Himself to humanity not in the sun, the stars, the wind or the storm but in and through words – sacred words that make us co-partners with God in the work of redemption.

“And God said, let there be…and there was” – is, the second stage of creation, is for us the most difficult. It is one thing to conceive an idea, another to execute it. “Between the imagination and the act falls the shadow.”[4] Between the intention and the fact, the dream and the reality, lies struggle, opposition, and the fallibility of the human will. It is all too easy, having tried and failed, to conclude that nothing ultimately can be achieved, that the world is as it is, and that all human endeavour is destined to end in failure.

This, however, is a Greek idea, not a Jewish one: that hubris ends in nemesis, that fate is inexorable and we must resign ourselves to it. Judaism holds the opposite, that though creation is difficult, laborious and fraught with setbacks, we are summoned to it as our essential human vocation: “It is not for you to complete the work,” said Rabbi Tarfon, “but neither are you free to desist from it.”[5] There is a lovely rabbinic phrase: maĥashva tova HaKadosh barukh Hu meztarfah lema’aseh.[6]

This is usually translated as “God considers a good intention as if it were the deed.” I translate it differently: “When a human being has a good intention, God joins in helping it become a deed,” meaning – He gives us the strength, if not now, then eventually, to turn it into achievement.

If the first stage in creation is imagination, the second is will. The sanctity of the human will is one of the most distinctive features of the Torah. There have been many philosophies – the generic name for them is determinisms – that maintain that the human will is an illusion. We are determined by other factors – genetically encoded instinct, economic or social forces, conditioned reflexes – and the idea that we are what we choose to be is a myth. Judaism is a protest in the name of human freedom and responsibility against determinism. We are not pre-programmed machines; we are persons, endowed with will. Just as God is free, so we are free, and the entire Torah is a call to humanity to exercise responsible freedom in creating a social world which honours the freedom of others. Will is the bridge from “Let there be” to “and there was.”

What, though, of the third stage: “And God saw that it was good”? This is the hardest of the three stages to understand. What does it mean to say that “God saw that it was good”? Surely, this is redundant. What does God make that is not good? Judaism is not Gnosticism, nor is it an Eastern mysticism. We do not believe that this created world of the senses is evil. To the contrary, we believe that it is the arena of blessing and good.

Perhaps this is what the phrase comes to teach us: that the religious life is not to be sought in retreat from the world and its conflicts into mystic rapture or nirvana. God wants us to be part of the world, fighting its battles, tasting its joy, celebrating its splendour. But there is more.

In the course of my work, I have visited prisons and centres for young offenders. Many of the people I met there were potentially good. They, like you and me, had dreams, hopes, ambitions, aspirations. They did not want to become criminals. Their tragedy was that often they came from dysfunctional families in difficult conditions. No one took the time to care for them, support them, teach them how to negotiate the world, how to achieve what they wanted through hard work and persuasion rather than violence and lawbreaking. They lacked a basic self-respect, a sense of their own worth. No one ever told them that they were good.

To see that someone is good and to say so is a creative act – one of the great creative acts. ere may be some few individuals who are inescapably evil, but they are few. Within almost all of us is something positive and unique, but which is all too easily injured, and which only grows when exposed to the sunlight of someone else’s recognition and praise. To see the good in others and let them see themselves in the mirror of our regard is to help someone grow to become the best they can be. “Greater,” says the Talmud, “is one who causes others to do good than one who does good himself.”[7] To help others become what they can be is to give birth to creativity in someone else’s soul. This is done not by criticism or negativity but by searching out the good in others, and helping them see it, recognise it, own it, and live it.

“And God saw that it was good” – this too is part of the work of creation, the subtlest and most beautiful of all. When we recognise the goodness in someone, we do more than create it, we help it to become creative. This is what God does for us, and what He calls us to do for others.

Posted by yishmaelgunzhard on October 4, 2018 in Uncategorized