Why did God choose Abraham? 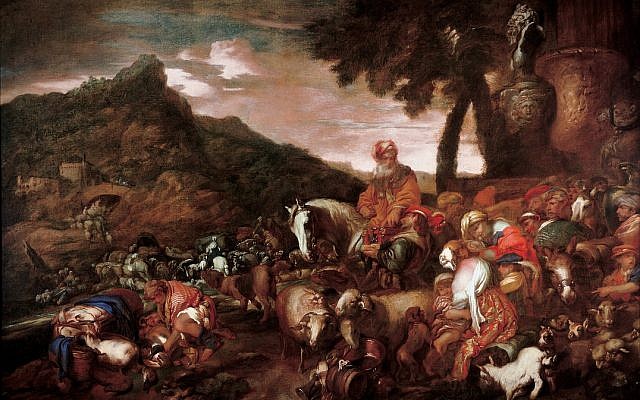 How do you know what difference you’re supposed make in your home, your community, and the world at large?

Why did God choose Abraham?

At the beginning of Parashat Lech Lecha, it seems that God’s command to Abraham comes out of the blue: “Go forth from your land, and from your birthplace, and from your father’s house to the land that I will show you.” We don’t know anything about Abraham except his lineage, which was just described at the end of the last parasha. The question becomes even stronger when we compare this to the beginning of Parashat Noah, when we hear very clearly why Noah is chosen to build the ark and survive the flood: “Noah was a righteous man, perfect in his generation; Noah walked with God.”

The Midrash famously describes how Abraham as a young child recognized the Divine, and even tried to convince his father of the falsehood of idolatry, breaking his idols and placing a hammer in the hand of one of the idols to highlight how silly it is to think that the idols have power. However, in the simple reading of the Torah, there is no mention of this. So why was Abraham chosen?

Furthermore, at the end of all the lists of the generations from Noah through Abraham at the end of Parashat Noah, we find a detail that is often overlooked. Terach, Abraham’s father, had actually set out from Ur Kasdim to travel to Cana’an, but after reaching Haran, the family stayed there. Why did Terach leave Ur Kasdim and set out for Cana’an? And why did he stop the journey?

All of this leads to a fascinating possibility: perhaps Hashem called many different people to the mission of “lech lecha,” of leaving their homes and families and following Hashem to a new place. Most of them probably did not hear the call, or ignored it because it seemed too difficult. Maybe Terach himself heard this call and set out for Cana’an, but for some reason stopped the journey and never made it. Perhaps what makes Abraham the chosen one is that he heeded the call, set out, and actually achieved the goal, reaching the land of Cana’an. This is Abraham’s first test — the willingness to heed the call. He goes on to many more challenges after his “aliyah” — trouble making a living as he encounters a famine, the challenge of Sarah’s being taken by Pharaoh, the war as he fights to redeem his nephew Lot from captivity — Abraham had a tough aliyah! But he remained in the land despite adversity, following God and His plan.

The message to each of us is to listen for God’s call — to try to discern what we are meant to do in a particular situation, and in our lives in general, and to follow through and complete that calling, becoming closer to Hashem, and making a difference in our homes, communities and the world at large. What made Abraham the chosen one is that he chose to follow God.

Posted by yishmaelgunzhard on October 20, 2018 in Uncategorized