Herman Shine, One of the Few to Escape Auschwitz, Dies at 95 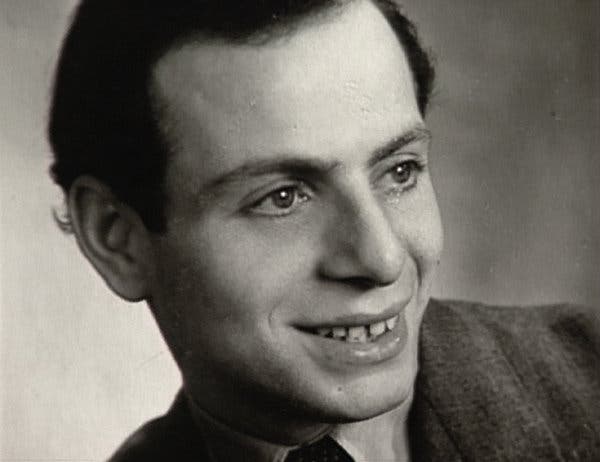 He was born Mendel Scheingesicht in Berlin on Oct. 4, 1922, to Gerson and Therese Scheingesicht. His father had moved to Germany from Poland after World War I to work as a merchant and, in Berlin, developed a work program for veterans who had been blinded.

As a teenager in September 1939, not long after Hitler invaded Poland, setting off world war, Mr. Shine was taken to the Sachsenhausen concentration camp, about 20 miles north of Berlin, along with other Jews, including his friend Max Drimmer.

“The SS walked around with whips, with sticks, with steel bars, you know; they would beat you for any reason,” Mr. Shine told the Bay Area Holocaust Oral History Project in 1990.

In 1942, the two friends endured a five-day journey to Auschwitz in a packed railroad livestock car. Prisoners were divided after they arrived at the camp, some destined for labor, others for the gas chamber. Mr. Drimmer sneaked into a line with Mr. Shine, without knowing where they would be sent.

They were both spared, and wound up at Monowitz, a work camp also known as Auschwitz III. Mr. Shine became a roofer there and also worked at a subcamp called Gleiwitz, more than 30 miles to the northwest.

“As long as you were keeping fairly healthy you had a chance to survive another day,” Mr. Shine told The San Mateo County Times in California in 2001.

By his account, he was working in Gleiwitz when he spotted a group of young women cleaning up the camp. Mr. Shine befriended one of them, Marianne Schlesinger, who told him that though she was forced to work for the Germans, she was allowed to live in her family home outside the camp because she was only half Jewish.

Mr. Shine told her about the mass murder of Jews that was underway, and she gave him her family’s address in the hope that he might find his way there at some point.

Around this time Józef Wrona, who had been hired as a civilian laborer at Monowitz, befriended Mr. Drimmer. Sometime in 1944 Mr. Wrona warned him that his luck was about to run out. He had overheard SS officers, who did not know he spoke German, talking about killing the remaining workers at Monowitz, he said.

Mr. Wrona devised a way to smuggle Mr. Drimmer out of the camp, a potentially fatal endeavor. Poles harboring escaped Jews could be killed, along with their families.

Mr. Wrona agreed to include Mr. Shine in his plan.

Mr. Wrona created a cramped hiding place at a construction site near Monowitz, and during a lunch break Mr. Shine and Mr. Drimmer ducked into it. They huddled there for more than a day, hidden underneath building insulation, until Mr. Wrona returned at nightfall with civilian clothes. Later, they emerged from the hiding place wearing workmen’s clothing and caps to cover their shorn heads and made their way to the camp’s wire fence, where Mr. Wrona had cut an opening.

Mr. Shine and Mr. Drimmer wriggled through the fence, free for the first time in five years, and crept away. Joined by Mr. Wrona, they headed for the Wrona family home, more than nine miles to the south.

On the way the three were stopped by a German soldier, but after questioning Mr. Wrona they were waved through, all assumed to be Polish workers.

At the home, Mr. Wrona hid the escapees in a barn and brought them food. He also agreed to mail their letters to friends, a service that could have been their undoing. In one instance Mr. Drimmer unwittingly endangered them all when he wrote to a friend named Herta Zowe.

German authorities later discovered the letter when they stopped Ms. Zowe and searched her. They then converged on Mr. Wrona’s home with dogs and searched the premises, including the barn. But they failed to check an upper loft, where Mr. Drimmer and Mr. Shine cowered in terror.

Mr. Shine knew they had to leave, he recalled. He remembered the address of Marianne Schlesinger. They could stay at her house, he told Mr. Drimmer.

“He said, ‘You’re crazy,’ ” Mr. Shine said in “Escape From Auschwitz: Portrait of a Friendship,” a 2001 documentary film about their escape. “ ‘How the heck we going to get on the railroad, it’s almost a hundred kilometers, this is war, we need papers.’ I said, ‘What choice we got?’ ”

They eventually made their way to Ms. Schlesinger’s home in Gleiwitz, where she and her family agreed to help them find shelter. When a rich German offered to take them in at his nearby villa, they hid there until the Allies defeated Germany in 1945.

“We lived all our lives together,” Mr. Shine told The Jewish News of Northern California in 2015. “We went through the bad times and the good life. We came to this great country and built a new existence.”

In California, having Americanized his name, Mr. Shine worked as a day laborer before starting a roofing company.

He never learned whether his parents had survived the Holocaust, but two of his sisters and two brothers lived through the war and settled in different countries. His survivors include his wife, Marianne; and a daughter, Sonja.

Mr. Shine and Mr. Drimmer did not see Mr. Wrona again until 1990, when he came to Los Angeles to be named one of the Righteous Among Nations by Yad Vashem, an honor reserved for gentiles who saved the lives of Jews during the war. Mr. Drimmer and Mr. Shine attended the ceremony. Mr. Wrona died in 1991.

“We want our story to be told to as many people as possible,” Mr. Shine told The Los Angeles Times in 1990. “Józef not only risked his life — our lives were worth nothing anyway — but he risked the lives of his entire family and his entire village.”

Posted by yishmaelgunzhard on July 31, 2018 in Uncategorized