The Challenge of Purim and the Coming of the Mashiach

It was once rumored that the Messiah was about to appear. So the Chelmites, fearing that he might bypass their town, engaged a watchman, who was to be on the lookout for the divine guest and welcome him if he should happen along.

The watchman meanwhile bethought himself that his weekly salary of ten guilders was mighty little with which to support a wife and children, and so he applied to the town elders for an increase.

The rabbi turned down his request. ”True enough,” he argued, “that ten guilders a week is an inadequate salary. But one must take into account that this is a permanent job.”[1] 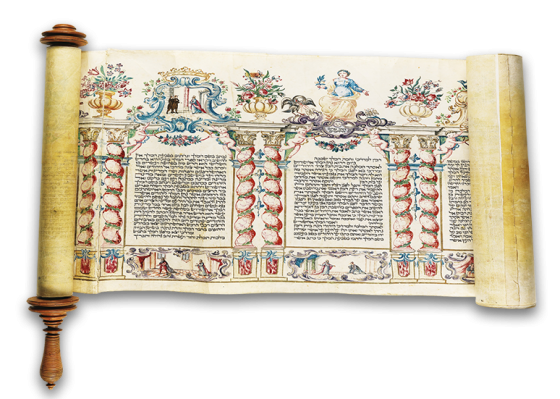 The story of Esther centers around a famous Talmudic principle called Hester Panim (the concealed face of God). This refers to the belief that at times divine intervention in the affairs of human beings is no longer at work and that conditions are left to the forces of nature and to the inconstancy of historical developments. This is mostly, but not always, seen as a type of divine punishment for the failure to observe the commandments.[2]

Obviously, this doesn’t mean that God has become a Deus Absconditus (an absentee God), as proposed by several seventeenth-century English philosophers. They believed that such a God is responsible for the creation of the universe, but abandoned it and left it in the hands of the various natural forces. This position is intolerable within the conventional understanding of God in Judaism, although Maimonides’ understanding of God’s intervention does come close.[3]

The Jewish tradition understands God to be transcendent and immanent. He is above, beyond and apart from the universe, yet also exists within the universe, filling it with His spirit and guiding its inhabitants. Hester panim means it is as if God has withdrawn Himself from this world, while in fact He has not. His immanence in this world is therefore no longer expressed through open and often miraculous interference in the natural order of the world, but rather in the undisturbed continuation of that very order. God’s withdrawal from this world is in itself a conscious act that is part of His divine providence.

Consequently, His interference in this world becomes blurred, and it is difficult for us to see God’s hand in our daily lives. Various commentators have dealt with the question of the extent to which hester panim is possible. How far is God prepared to go in order to give the impression that He is no longer ‘there’?

The Talmud makes a remarkable observation regarding hester panim. “Rava said: The Holy One, blessed be He, said, Although I hide My face from them, I will speak to them in a dream. Rabbi Yosef said: His hand is stretched over us [to protect us].”[4]

This seems to modify the principle of hester panim. Even if God’s special providence has left His people, He seems to remain actively involved with them via dreams, or His protective hand.

Rabbi Dr. Norman Lamm z.l., former President of Yeshiva University, in an essay on the Holocaust[5], provides us with a special insight into this Talmudic statement by dividing the concept of divine intervention into four categories: absolute hester panim; a survival hester panim; an intermediate hester panim; and nesiat panim (the “lifting of the face” [of God], i.e. the revelation of God’s providence).

The first or lowest level applies to individuals only. In such a case the person loses all special protection or divine intervention. God seems to be completely absent and all is left to pure “chance.” It is as if God no longer bothers about this human being. However, this is only true for an individual. When speaking about the Nation of Israel, absolute hester panim is impossible, since there is a divine promise that the People of Israel will continue to survive and exist. While there may be hester panim all around, the moment that Israel’s very survival is at stake, God will have to “step in” and ensure the continued existence of the nation.

This may have been the case during the Holocaust, when everything – except the existence of Am Yisrael as a whole – was left to the most evil forces. (To argue that this was divine retribution for our grandparents’ failure to observe the commandments is obscene, theologically offensive and a profanation of His name. See the book of Iyov.)

Though millions of individuals were killed, the Jewish nation was not. This is called survival hester panim and is clearly the meaning of Rabbi Yosef’s statement in the Talmud – even in the case of hester panim, “His hand is (still) stretched over us.”

What, however, is the meaning of Rava’s observation that even though He hides His face, “I speak to them in a dream”?

This, says Rabbi Lamm, is the category of intermediate hester panim – hiding of the face that is sometimes interrupted by moments of direct divine intervention, albeit in a secret and clouded way. This is the underlying motif of the Esther story, which is at once natural and supernatural; secular and religious. Depending on one’s point of departure, a person may see an ordinary story, or a divinely inspired event. The main problem is that you can’t put your finger on it. Both interpretations make perfect sense, but we get an intuitive feeling that there’s more to the story than meets the eye. Just as in a dream events are clouded and blurred but point to something higher, the Megillah, too, represents this ambivalent situation. Rava’s comment, then, means that God still comes to us in a dream, in a blurred and semi-hidden way.

This, argues Rabbi Lamm, is also the Jewish experience with the return of many Jews to the land of our forefathers in our days. The famous Shir Hama’alot, which we sing on Shabbat, expresses that feeling: “When the Lord returned the returnees of Tzion, we were like dreamers.”[6]

One moment we see the hand of God and there’s a strong feeling that we’re entering the messianic age, only to feel betrayed a moment later when everything seems to fall back into darkness. Nothing is clear; it is as yet an unfolded dream.

Indeed, the many miracles that were evident during the Six-Day War, and at other moments in Israel’s history, give many of us the feeling that we have left the survival hester panim behind us and are experiencing one of a more intermediate state. Whether this is true is open to debate, and drawing such conclusions may even be dangerous, as it often causes people to act as if the messianic age has already begun, which could easily bring disaster. The nationalistic excesses of religious Zionism in recent decades prove the spiritual dangers of sanctifying historical processes beyond the facts on the ground.

Redemption does not happen overnight; it develops over a long period of intermediate hester panim, until the last stage in the drama of history is fulfilled. This is called nesiat panim, the “lifting of the face,” when God’s direct interference in human life becomes a day-to-day experience.

Purim reminds us where we find ourselves. It gives us a framework in which to understand our lives and remain optimistic in the midst of all the darkness.

As taken from, Thought to Ponder: The Challenge of Purim and the Coming of the Mashiach (campaign-archive.com)

Posted by yishmaelgunzhard on February 23, 2021 in Uncategorized

← La verdad sobre el interés propio
Down to the Details →