What Really Was the Sin of Sodom and Gomorrah?

The need for needing one another

Sodom and Gomorrah have come to represent the epitome of evil. After all, G‑d destroyed them with fire and brimstone. But, perhaps surprisingly, the Talmud does not associate Sodom principally with idolatry, murder, sexual impropriety, thievery or even corrupt business practices.

Rather, the Talmud uses the term midat S’dom (roughly translated as “a Sodomite attitude”) to describe an extreme form of isolationism. Here’s a

Joe owns a large tract of land that is not in use and that he doesn’t wish to lease. One day, he discovers that some homeless individual is camping out on it. So he tells him to get off. The homeless individual takes him to a Jewish court. The court says to him, “Your fellow citizen gains and you lose nothing. Do you have a problem with that?”

Joe answers, “It’s my property. I want him out.”

Joe is infected with a Sodomite attitude. The Talmud even discusses whether the homeless camper can ask the court to prevent Joe from throwing him out—because the Torah says, “You must do that which is good and upright.”2 What Joe is doing, from Talmudic eyes, is pure evil.

The final judgment is that we can’t legally compel Joe in this case, since that would be limiting the statutes of property ownership in ways that could lead to loss or inconvenience.3 But there are cases in which property ownership is not diminished and no significant inconvenience is caused. In such instances, the court can indeed compel or restrain someone with a stubborn Sodomite attitude.

That would define a Sodomite attitude as the incapacity to bear another benefiting from your property. But there’s more to it than that.

There’s another description in the Talmud of the Sodomite attitude: One who says, “What’s mine is mine and what’s yours is yours.”4 Or, as Rabbi Obadiah Bartenura reads that, “I don’t want to give you anything, and I would appreciate it if you don’t give me anything.”5

Okay, so he’s not the kind of guy you want on your baseball team,

but is he really the core of evil? He hasn’t ripped anyone off. He hasn’t lied to anyone. In fact, he’s brutally honest. He tells you his approach to life and sticks to it. He’s not running a corrupt business. He doesn’t want to engage in any commerce at all. He desires total independence and isolation. He says, “Let me be and I’ll let you be.”

Yet it would seem from the Mishnah that the worst business you could be in is no business at all. But why?

A pinch of Lurianic Kabbalah could help us here. When the world was created, as Genesis says,6 it was at first “tohu.” Tohu is generally translated as “chaos.” Rabbi Isaac Luria, however, describes tohu as a state of isolated ideals.7

A world of tohu is a world where no two things can work together. A world where the weather is either hot or cold but never warm, where people are either super-friendly or hostile but never just chill, where either I run things or you run things but we can’t cooperate, where I don’t need you and you don’t need me and so no one has any business with the other.

Before this world was created, G‑d first created a world of Tohu—a world of absolutes. Absolute benevolence, absolute justice, absolute light and absolute darkness. G‑d was not pleased with that world. But that was okay, because it rapidly erupted on its own. In Lurianic terms, “the light was too great for containment.” We moderns might say that when the parts of the whole work independently of one another, they generate far more energy than the whole can contain. In Rabbi Luria’s narrative, that eruption left fragments of Tohu that fell to become our world, a world where harmony, or tikun, is possible.

Now for some words from a more recent Kabbalist and Chassidic master, Rabbi Sholom Dovber of Lubavitch, writing in 1914:8

The souls of the people of Sodom originated from the realm of Tohu. That explains why they were isolationists—neither wishing to benefit anyone nor to receive from one anyone. In this way, their land was isolated from all other lands and they managed their own resources so that they didn’t need to receive any goods from any foreign land. Even amongst themselves, each one was isolated and independent.

But when G‑d made the earth, He did so with wisdom, so that all the world functions in a way of tikun—the diametric opposite of Sodom’s isolationism. The

world is made so that each region must receive its needs from some other region. Indeed, that is what trade is all about—that each land both receives from others and gives to others.

This is the meaning of the verse, “And He established His agudah upon the earth.”9 An agudah is a collaboration of individuals, such as a collective, in which everyone works together and no one is complete without the other. This is how G‑d created the world to operate.

But Sodom did not operate that way. No one would accept anything from anyone else. They said, “What’s mine is mine and what’s yours is yours.” 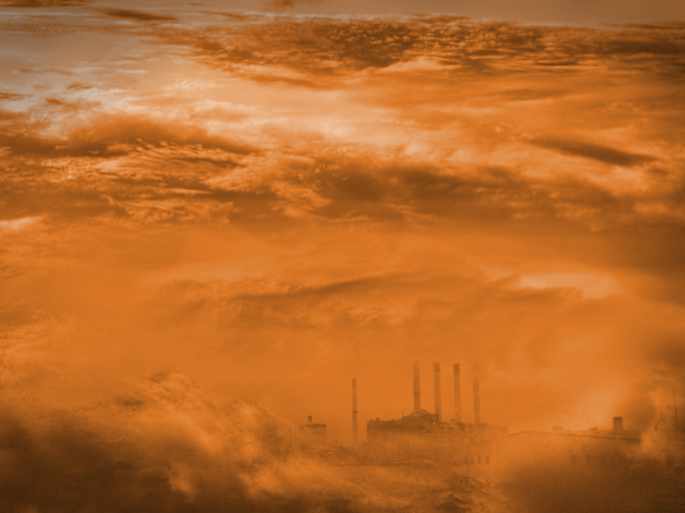 The Slippery Slope of Sodom

How do we see that among the people of Sodom? Well, they weren’t hospitable. Not only did they not take in guests, they couldn’t even allow others to have guests stay in their home. That’s the central point of the story with Lot, Abraham’s nephew who lived in Sodom. When Lot had some guests over to his home, the people of Sodom staged a protest outside his door and threatened to harm the guests and their host.10

The Talmud tells more stories about Sodom and their nasty, even brutal treatment of visitors. You can read some of them here.

How did Sodom get this way? The Talmud explains that as well:11

Sodom, Gomorrah along with three other cities formed a large settlement at the terminus of the Jordan River. It’s a deep valley and before these cities were overturned the Jordan branched out into a delta, watering the earth well and sprouting rich, lush greenery. The earth was rich in nutrients, as well as precious minerals. All in all, a virtual garden of Eden.

So the people who settled there decided, “We don’t need to trade with anyone. We

have everything we need right here. And we don’t want them coming here, either. Why should we share any of this with anyone else?”

Next thing, they constructed a bridge at the gateway to their land and charged a toll to enter—even if you would choose to swim across. They established laws prejudiced against visitors and found every way they could to discourage any passerby.

Things only got worse from there, until there was no friendship, no comradery even amongst each other. Eventually, the people’s treatment of merchants, transients, the homeless, the downtrodden and the needy became heartless and viciously cruel.

And so the prophet Yechezkel (Ezekiel) describes the sin of Sodom as “arrogance,” saying “She and her daughters had plenty of bread and untroubled tranquillity; yet she did not support the poor and the needy.”12

Certainly there were many detestable sins in Sodom and her daughter cities. But it all began with a need not to need anyone. 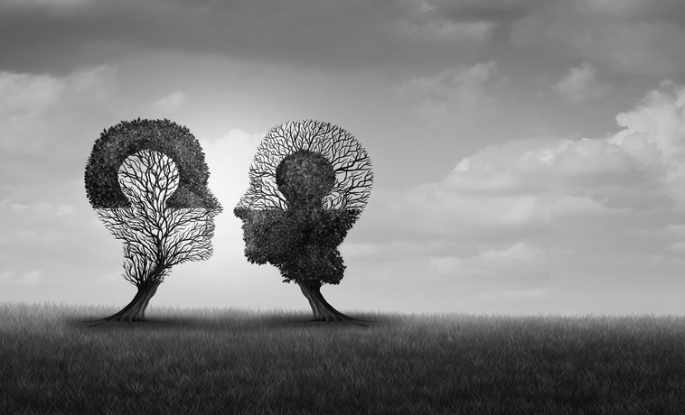 The Need To Be Needy

There’s much talk today about whether capitalism is evil. After all, capitalism rests on the notion of private property. What is positive about removing property from the public domain to place it in the exclusive hands of an individual? Aren’t we better off sharing everything?

What we learn from the story of Sodom is that, yes, private ownership on its own can be very evil. It’s commerce that redeems capitalism and

Ultimately, it’s our interpersonal needs and the commerce between us that bind all of humanity together as a single, healthy organism. What’s a healthy organism? A counter-entropic entity united by circulation of energy. And that is what makes a healthy human world as well: A world where people add value to life by discovering how much they need one another.

Perhaps it was the Talmudic take on Sodom that inspired David Ricardo, the great Jewish economist, to come up with his highly influential theory of competitive advantage which explains why specializing and trading is beneficial not only for individuals but for nations as well.

Indeed, this seems to be a law that lies at the very foundation of the universe. You may have heard of the Pauli exclusion principle, that no two particles in the universe can be in precisely the same state—because if this principle were violated, there would be nothing to prevent the entire universe from collapsing upon itself (am I the only one who hears

overtones of Tohu there?).

It seems that the very existence of our universe is predicated on every particle contributing its unique properties to a single whole. It’s all one big capitalist market out there.

The ancient Midrash13 describes King David asking of G‑d, “Why couldn’t You make everyone in Your world equal in means?”

G‑d replied, “If I would do so, how would kindness and truth be sustained?”

When someone wrote to the Rebbe, Rabbi Menachem M. Schneerson of righteous memory, that the final redemption cannot be complete until “the needy disappear from the earth,” the Rebbe responded that he did not concur. People must always need one another. There will always be poverty and inequality.

But wait, it’s true that the Torah states that “the needy will never disappear from the earth.”14 But the Torah also states that “there will be no needy person amongst you…because G‑d will bless you…when you will listen to His voice…”15

So the Rebbe explained that he wasn’t referring to poverty of basic means—we will soon live in a prosperous world where “delicacies will be as plentiful as the dust.”16 Rather, there will always be a healthy imbalance of commodities that will require commerce for redistribution.

What are those commodities? One person may be richly steeped in abstract knowledge but poor in application, while another does not fare well in abstractions but has a knack for putting ideas to work. One has water while the other has bread. One has a fire inside him while the other stays cool. All have in common one thing: They all need one another for their own wholeness.

And it must be that way, the Rebbe wrote, because every person, every created being, indeed even the Creator and Manager of the universe at times in some way must act not only as a provider but also as a recipient.17 Neither role is less important than the other. It’s that dynamic that makes a beautiful world.18

People need to need each other, not only in commerce,

but in every aspect of life. That’s perhaps the most ignored but vital need of the human being: the need to be needed. Yet deeper—and even more vital—the need to need others.

“Acquire yourself a friend!” our sages taught.19 People ask, “Why use the word acquire? That makes it sound like you have to buy friends. Why not just make friends?”

But now it makes sense. People are friends and stay friends because they need one another. A married couple evolves over many years into a single being because they learn to need one another. Even with all the love in the world, they are only truly bonded when they find a need for one another in their hearts. Make yourself a person who is needed and you will acquire at least one true friend.

And allow yourself to need that friend. Really need.

Posted by yishmaelgunzhard on October 27, 2020 in Uncategorized